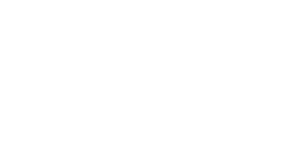 Over the years, ACC has been the proud recipient of some of the country's honours. ACC became the first recipient of India's first ever CSR award which was the National Award for outstanding performance in promoting rural and agricultural development activities instituted by ASSOCHAM in 1976.

Over the years, there have been many felicitations for achievements in Rural and community development, Safety, Health, Tree plantation, afforestation, Clean mining, Environment awareness and protection.

Awards received by us this year and in preceding years may be seen via links provided alongside. Here is a sample of some distinguished and coveted awards won by us over the years conferred by organisations of repute.

ACC achieved the highest recognition of ‘Outstanding Accomplishment’, under Corporate Excellence category at CII-ITC Sustainability Awards 2019. This Award recognizes comprehensive efforts made by ACC at excelling at sustainable business, in the way it integrates sustainability into governance, strategy, business processes and demonstrates through results that it is making a sustainable impact on business and stakeholders.

CII-ITC conferred ACC Chanda with the "Commendation for Significant Achievement in Environment Management" award for its innovative approaches, policies and practices in reducing environmental impact and achieving exemplary results.

ACC won an award for CSR Excellence in disease prevention and treatment at the Rotary Karnataka CSR Awards 2019 for its efforts in providing awareness and treatment of HIV/AIDS through its Antiretroviral Therapy (ART) and Integrated Counselling and Testing Centre (ICTC) at ACC Wadi.

ACC was named runner-up in the Torch Bearers of Safety Award category at the Mahindra Transport Excellence Awards 2018.

ACC RMX Poonamallee was awarded the Sarvashreshtha Suraksha Puraskar Golden trophy under the Micro, Small and Medium Enterprises (MSME) sector by the National Safety Council of India (NSCI). The award was conferred upon the RMX unit in Chennai for the assessment period 2016-17.

ACC Gagal won the first prize for ‘Excellence in Promotion of Environment Conservation and Sustainable Development’ at the Himachal Pradesh Environment Leadership Award in the Large Scale Industry sector.

ACC was declared the winner in the Large Enterprises category at the first FICCI Indian Circular Economy Awards 2019.

ACC Drona, an initiative by ACC Trust, was adjudged the second-runner up under the Sports category at the Third Edition of the CSR Journal Excellence Awards.

ACC Jamul and ACC Bargarh were awarded in the ‘Energy Efficient Unit’ category by CII (Confederation of Indian Indsutries) at the 20th National Award for Excellence in Energy Management 2019.

ACC Trust was named the recipient of the Gold CSR Excellence for the Best Edcuation/Scholarship Programme in the 8th edition of ACEF Asian Leaders Forum and Awards for efforts undertaken in its ‘ACC Gyan Setu’ programme to promote quality education.

ACC was named the Most Preferred Brand in Cement at the National Real Estate Leadership Congress and Awards.

ACC was named the winner of the Climate Action Programme (CAP) 2.0 Resilient Award in the Energy, Mining & Heavy Manufacturing Sector by the Confederation of Indian Industries (CII).

ACC was declared winner in the GHG Mitigation in Large Enterprises category by the JSW Foundation and The Times of India at the 9th Earth Care Awards.

ACC Concrete has been conferred a GreenPro certification by the Confederation of Indian Industries (CII) at the Green Building Conference 2019.

ACC’s Annual Report for the year 2018 was named the first runner-up (second place) in the manufacturing sector in the best-presented annual report category at the South Asian Federation of Accountants (SAFA) Best Published Accounts Awards.

ACC won a Plaque for Commended Annual Report in Category VII – Manufacturing and Trading Sector (Turnover equal to Rs. 3000 crore or more) for its Annual Report 2017 at the Institution of Chartered Accountants of India (ICAI) Awards for Excellence in Financial Reporting.

ACC was felicitated with three awards at the 58th ABCI (Association of Business Communicators of India) Annual Awards with the Silver Award in Environmental Communication and Bronze Awards in External Magazines and in Social Responsibility Communication categories.

ACC was adjudged winner of ‘Innovation in OSH–Safety implementation–Proactive’ for its implementation of In-Cab camera in truck - a tool used to identify behavioural aspects of truck drivers in response to highly dynamic traffic conditions at the Occupational Safety and Health (OSH) India Awards 2018.

ACC Lakheri won the award for ‘OSH Innovation Award–Employee Awareness–Proactive’ for the implementation of Proactive analysis of GPS data and counselling through Driver Management Centres, which resulted in a lower incidence of road accidents and an increase in the percentage of safe kilometres at the Occu

ACC Chaibasa won the award for ‘OSH Innovation Award–Employee Awareness–Reactive’ for the implementation of In-Cab assessment for drivers and counselling on critical driving behaviours during an assessment on harsh acceleration, harsh brakes, over speeding and harsh manoeuvres.

The Government of Odisha awarded ACC the ‘Most Innovative CSR Project’ for Vidya Utkarsh, at the Make in Odisha Conclave 2018 in Bhubaneswar, in recognition towards creating a social, environmental and economic value for its host communities in Odisha. The award was presented by Naveen Patnaik, Hon’ble Chief Minister of Odisha.

ACC Kymore, Jamul and Wadi were recognised 'Excellent Energy Efficient Unit' by the Confederation of India Industry (CII) at the 19th National Award for Excellence in Energy Management 2018.

ACC Thondebhavi was recognised Energy Efficient Unit by the Confederation of Indian Industry (CII) at the 19th National Award for Excellence in Energy Management 2018.

ACC was conferred with the prestigious 'Yes Bank Natural Capital Award-2018' in the ‘Eco-Corporate category under Manufacturing Sector’ for its sustainability initiatives.

ACC Gagal won the Leaders Awards – Large Business, Process Sector at the Sustainability 4.0 2018 for continual improvement in the field of Sustainable Development by Frost & Sullivan and The Energy and Resources Institute (TERI).

5 Star rating by the Ministry of Mines for Sustainable Development to Govari Limestone Mines in Chanda, Mehgaon and Bamangawan Mines in Kymore and Jamul Limestone Mines.

ACC Jamul was awarded the Greentech Safety Gold Award by Greentech Foundation on 14th December, 2017 for its safety excellence for year 2015-16 among the large and medium scale cement manufacturing Units.

ACC won the "Industry Excellence in Supply Chain - Manufacturing" and "Warehouse Innovation/ Initiative of the Year" at the 11th Express Logistics and Supply Chain Leadership Awards 2017.

ACC Jamul has bagged the 18th National Award for Excellence in Energy Management 2017 conferred by the Confederation of Indian Industries.

ACC was conferred '2 Good' rating by media house The Economic Times and global consultancy KPMG for its Corporate Social Responsibility (CSR) performance, integrated processes and CSR expenditure over and above the 2-4% of the net profits for the year 2015-16.

'Silver Award' for excellence in financial reporting for its Annual Report 2015 from the Institute of Chartered Accountants of India (ICAI).

'5 Star Rating' by the Ministry of Mines, Government of India awarded to Kymore limestone mines.

Association of Business Communicators of India (ABCI) - Gold award to ACC Community Counts- A Collection of Case Studies, Silver to Together for Communities, ACC's CSR newsletter and Silver to ACC's Sustainable Development Report 2015 at the 56th ABCI Awards

‘4 Star Rating’ by the Ministry of Mines, Government of India awarded to Jamul Limestone Mines